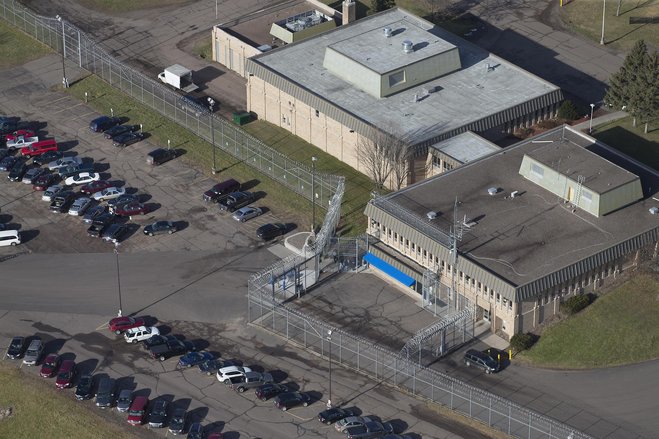 Madison — Three more Lincoln Hills School employees were put on paid leave this week amid a probe into allegations of prisoner abuse, child neglect, sexual assault and other potential crimes at the state’s secure facility for young offenders.

Three others who were earlier put on paid leave quit this week. One of them, Timothy Johnson, contended his resignation was inadvertent and he asked to revoke it, but the head of the school refused to allow that.

Johnson is a youth counselor-advanced who was put on leave on March 25. He made about $54,500 in 2014 and would have taken in a little less than that during the 10 months he was on leave.

The resignations this week came amid a yearlong state Department of Justice investigation state Department of Justice investigation of Lincoln Hills and Copper Lake schools, which share a campus 30 miles north of Wausau in Irma. Lincoln Hills houses about 220 teenage boys and young men and Copper Lake houses about 35 teenage girls and young women.

No one has been charged in the yearlong investigation, and Attorney General Brad Schimel has said the probe may last another year.

Johnson on Wednesday sent a short email saying he was retiring to Wayne Olson, the superintendent of Lincoln Hills. On Thursday, he sent a second email saying he had drafted the email but didn’t intend to send it, and that it might have been accidentally sent when a family member logged him off his computer.

“This appears to be a horrible mistake or misunderstanding,” Johnson wrote.

Johnson had prepared the resignation letters in case corrections officials tried to fire him after a pre-disciplinary meeting that was held Thursday, said Troy Bauch, who represents Lincoln Hills workers for Council 32 of the American Federation of State, County and Municipal Employees.

Employees who quit can use unused sick leave in retirement to pay health care costs; those who are fired lose the ability to do that.

Olson on Friday sent Johnson a letter saying he wouldn’t allow him to rescind his retirement.

At least 19 people have been put on paid leave at the schools, including Johnson and the four who have quit. A dozen of those currently on leave are linked to an internal investigation that began in late 2014, according to Department of Corrections spokeswoman Joy Staab. The Department of Justice opened its investigation in January 2015.

Last month, the two top officials in charge of the school were relieved of their duties. They had planned to retire this month, but had their retirements moved up and were allowed to cash out vacation and other leave time they had built up.

John Ourada, the superintendent of the school, received $66,042 as a final payment last month, about half of which went into a deferred compensation account, according to the Department of Corrections. Paul Westerhaus, the administrator of the Division of Juvenile Corrections, was paid $34,921 before leaving.